OUR NEWS IN THE PRESS Showcases RATING NEWS 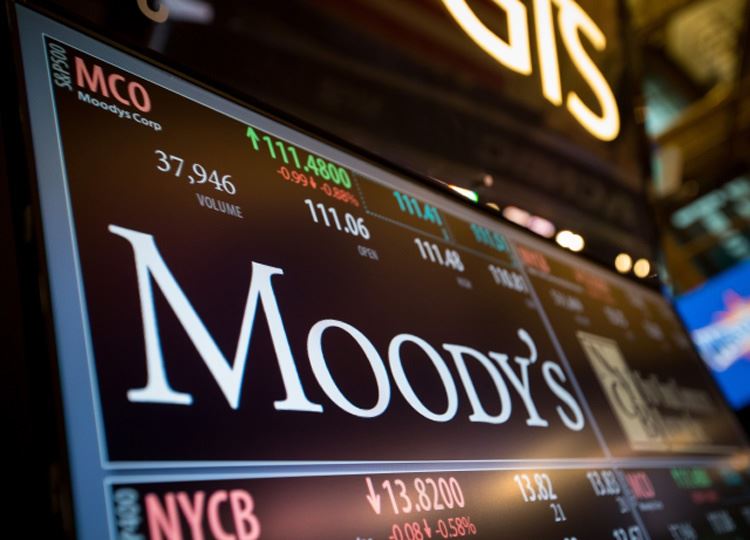 Singapore, March 18, 2021 -- Moody's Investors Service ("Moody's") has today affirmed the Government of Vietnam's long-term issuer and senior unsecured ratings at Ba3 and changed the outlook to positive from negative.

Meanwhile, Moody's has determined that the drivers of the previous negative outlook assigned in December 2019 have receded. The negative outlook, which followed a review for downgrade, related to the risks posed to Vietnam's credit profile from administrative failures leading to payment delays on government guaranteed debt. In Moody's assessment, the government has enhanced administrative scrutiny on forthcoming payments. Moody's will continue to monitor the practices and systems that the government is putting in place to ensure timely payment of direct and indirect obligations.

The affirmation of the Ba3 rating is underpinned by ongoing credit strengths and weaknesses, including a large, diversified economy with high growth potential offering resilience to shocks, and increasing capacity in the domestic financial system to finance government borrowing at low costs. At the same time, ongoing risks stem from persistent governance weaknesses related to the lack of transparency of the management of state-owned enterprises (SOEs) and lingering risks in the banking system.

Vietnam's local- and foreign-currency ceilings are unchanged at Baa3 and Ba2, respectively. The Baa3 local currency ceiling, three notches above the sovereign rating, reflects relatively opaque government decision-making and the significant - albeit shrinking - government footprint in the economy, balanced by moderate political risks and low external imbalances. The foreign currency ceiling at Ba2, two notches below the local-currency ceiling, reflects constraints to capital flows that point to possible transfer and convertibility restrictions being imposed at times of perceived need.

RATIONALE FOR THE POSITIVE OUTLOOK

In December 2019, Moody's changed the outlook on Vietnam's credit rating to negative, reflecting concerns around administrative deficiencies that had led to the delayed payment of an indirect debt obligation.

Moody's now assesses that guaranteed debt payment management practices have been strengthened within the administration, with greater scrutiny to the range of guaranteed debt payments coming due. The government monitors a full list of direct and indirect debt obligations and has instituted an administrative process whereby relevant ministries set aside funding in advance to fulfill these obligations. With a coordinated focus on ensuring that the payments are planned for and processed promptly, Moody's assesses that the risk of renewed delays has diminished.

Moody's will continue to assess the practices and systems the government has instituted or is instituting, for timely payment of guaranteed obligations.

Fiscal consolidation in effect before the pandemic is likely to continue supporting fiscal strength, especially if fiscal policy becomes more effective and growth is increasingly less reliant on fiscal incentives.

Moody's expects public debt to rise slightly to 39% of GDP in 2020, as the pandemic hit revenue and raised expenditure albeit materially less than for most other sovereigns, before declining steadily in the next few years.

Effective management of the pandemic supports a rapid resumption of domestic economic activity and cross-border trade, supporting tax revenue. Over the longer term, the government aims to improve tax compliance with increased attention to tax arrears, taxation of digital businesses, and greater inclusion of informal sector businesses in the revenue base, although the effectiveness of these measures has yet to be seen.

Fiscal strength will be supported by stable debt affordability, thanks to a lengthened debt maturity profile. Low domestic borrowing costs have allowed the government to increasingly source budget financing from local sources and increase the average maturity of new government borrowings to nearly 14 years, bringing the average term to maturity on all outstanding domestic government debt to 7.5 years. The government also implements a rolling three-year debt management plan, although regular bond auction schedules are not yet the norm.

ECONOMIC STRENGTH MAY BE SUPPORTED BY STRUCTURAL SHIFTS IN PRODUCTION, TRADE AND CONSUMPTION

Cyclical and structural features may raise economic strength, driven by Vietnam's integration in Asian supply chains as well as its ability to capitalize on the rise in demand for electronics, smartphones, furniture and other manufactured goods that is likely to endure beyond the pandemic.

Vietnam's share of global exports has risen rapidly since 2010 and has now caught up to peers in southeast Asia. Vietnam stands to continue to benefit from shifts in production and trade, including as a party to major trade agreements for the region, including the recently concluded Regional Comprehensive Economic Partnership, the Comprehensive and Progressive Agreement for Trans-Pacific Partnership, and a bilateral free trade agreement with the EU, one of its largest export markets. As companies aim to diversify their production locations in Asia, Vietnam will continue to attract foreign direct investment (FDI) due to competitive labor costs, political stability, and preferential incentives favoring trade and investment.

Moody's expects these agreements to firm up Vietnam's competitive position in lower value products such as footwear and garments vis-à-vis other major producers, while placing it at the center of higher-value-added regional tech supply chains for smartphones, semiconductors and other electronic products. Trade integration will also drive continued investment in Vietnam's transport and logistics infrastructure, which remains less developed than in other southeast Asian economies but is catching up in terms of efficiency.

RATIONALE FOR THE AFFIRMATION OF THE Ba3 RATING

Meanwhile, a robust export sector and investment inflows support external buffers. The central bank, the State Bank of Vietnam (SBV), has accumulated a record high $89 billion in foreign exchange reserves through September 2020 while maintaining a stable exchange rate around the 3% trading band for the dong, a key ingredient of Vietnam's foreign direct investment-driven export sector. Policies to attract investment have resulted in high levels of FDI and trade integration within Asia and other major economic blocs, supporting increased export dynamism, robust external balances and the buildup of foreign exchange reserves. Geopolitical tensions related to trade protectionism or tensions in the South China Sea may pose challenges for Vietnam's trade-reliant economy.

These strengths are balanced against constraints in institutional capacity and the ongoing risks of the crystallization of contingent liabilities on the government's balance sheet, given the limited visibility into the state-owned enterprises. Though evolving, policy effectiveness remains below that of peers. Fiscal planning remains opaque and susceptible to a narrow revenue base. Furthermore, the SBV also continues to manage monetary aggregates through quantity-based targets and rigid controls on lending and deposit interest rates. Opacity in the large, state-owned sector drives contingent liability risks.

Banking system oversight also remains weaker than peers, driving Moody's assessment of susceptibility to event risk. Despite recent improvements in profitability, capitalization and asset quality, overall capitalization remains at relatively weak levels and constrained by the government's limited fiscal capacity to inject capital, particularly given the scale of banking credit to GDP (163% in 2019). In particular, several state-owned banks remain undercapitalized and represent a contingent liability to the government. These strains could also result in a re-emergence of financial instability, leading to higher inflation, a rise in debt-servicing costs or a worsening of the country's external payments position.

The environmental issuer profile score is moderately negative (E-3) and largely reflects physical climate risks due to the potentially adverse exposure to coastal flooding. Over time, rising sea levels and increasing frequency of severe climate change-related weather shocks pose risks of significant adaptation and reconstruction costs, while potentially requiring resettlement of some urban populations. The reliance of a substantial albeit diminishing share of the population on agriculture exacerbates the potential economic and fiscal impact of weather-related shocks, such as flooding and storm surges, as well as spillovers from the country's large and fast-growing manufacturing sector, such as pollution. Partially mitigating these risks is the relative insulation of major manufacturing operations from sea level rise and coastal flooding, and nascent government plans to invest in climate-related infrastructure.

Vietnam's governance issuer profile score is highly negative (G-4), reflecting ongoing concerns related to the quality of institutions despite some evidence of improved policy effectiveness. The predictability and transparency of policymaking, including the incomplete adoption of more robust international standards for data collation and reporting, continue to be weaker as compared to emerging market peers. Previously, insufficient coordination and planning among various arms of the government resulted in delayed debt payments in 2019, although debt management practices have since strengthened.

Default history: No default events (on bonds or loans) have been recorded since 1983.

FACTORS THAT COULD LEAD TO AN UPGRADE

Increasing signs that Vietnam's economic strength is rising, for instance its sustained ability to continue to attract foreign direct investment and benefit from global supply chain restructuring, would likely lead to an upgrade.

Signs that fiscal and/or monetary policy effectiveness is strengthening would also likely lead to an upgrade.

FACTORS THAT COULD LEAD TO A DOWNGRADE

The positive outlook signals that a rating downgrade is unlikely over the near term. Moody's would consider downgrading Vietnam's rating as a result of a re-emergence of financial instability, leading to higher inflation, a rise in debt-servicing costs or a worsening of the country's external payments position. Such signs of stress could be related to the reversal of the current stabilization in the debt and deficit trajectory, potentially as a result of a sizable crystallization of contingent risks from either the banking system or state-owned enterprises.

Evidence of renewed delayed payments on the government's direct or indirect debt obligations, indicative of a more systemic weaknesses in government coordination, would also put downward pressure on the rating.

The principal methodology used in these ratings was Sovereign Ratings Methodology published in November 2019 and available at https://www.moodys.com/researchdocumentcontentpage.aspx?docid=PBC_1158631. Alternatively, please see the Rating Methodologies page on www.moodys.com for a copy of this methodology.

The weighting of all rating factors is described in the methodology used in this credit rating action, if applicable.

For further specification of Moody's key rating assumptions and sensitivity analysis, see the sections Methodology Assumptions and Sensitivity to Assumptions in the disclosure form. Moody's Rating Symbols and Definitions can be found at: https://www.moodys.com/researchdocumentcontentpage.aspx?docid=PBC_79004.

For any affected securities or rated entities receiving direct credit support from the primary entity(ies) of this credit rating action, and whose ratings may change as a result of this credit rating action, the associated regulatory disclosures will be those of the guarantor entity. Exceptions to this approach exist for the following disclosures, if applicable to jurisdiction: Ancillary Services, Disclosure to rated entity, Disclosure from rated entity.

The ratings have been disclosed to the rated entity or its designated agent(s) and issued with no amendment resulting from that disclosure.

These ratings are solicited. Please refer to Moody's Policy for Designating and Assigning Unsolicited Credit Ratings available on its website www.moodys.com.

Regulatory disclosures contained in this press release apply to the credit rating and, if applicable, the related rating outlook or rating review.

Moody's general principles for assessing environmental, social and governance (ESG) risks in our credit analysis can be found at https://www.moodys.com/researchdocumentcontentpage.aspx?docid=PBC_1243406.

At least one ESG consideration was material to the credit rating action(s) announced and described above.

The Global Scale Credit Rating on this Credit Rating Announcement was issued by one of Moody's affiliates outside the EU and is endorsed by Moody's Deutschland GmbH, An der Welle 5, Frankfurt am Main 60322, Germany, in accordance with Art.4 paragraph 3 of the Regulation (EC) No 1060/2009 on Credit Rating Agencies. Further information on the EU endorsement status and on the Moody's office that issued the credit rating is available on www.moodys.com.

The Global Scale Credit Rating on this Credit Rating Announcement was issued by one of Moody's affiliates outside the UK and is endorsed by Moody's Investors Service Limited, One Canada Square, Canary Wharf, London E14 5FA under the law applicable to credit rating agencies in the UK. Further information on the UK endorsement status and on the Moody's office that issued the credit rating is available on www.moodys.com.

Please see www.moodys.com for any updates on changes to the lead rating analyst and to the Moody's legal entity that has issued the rating.